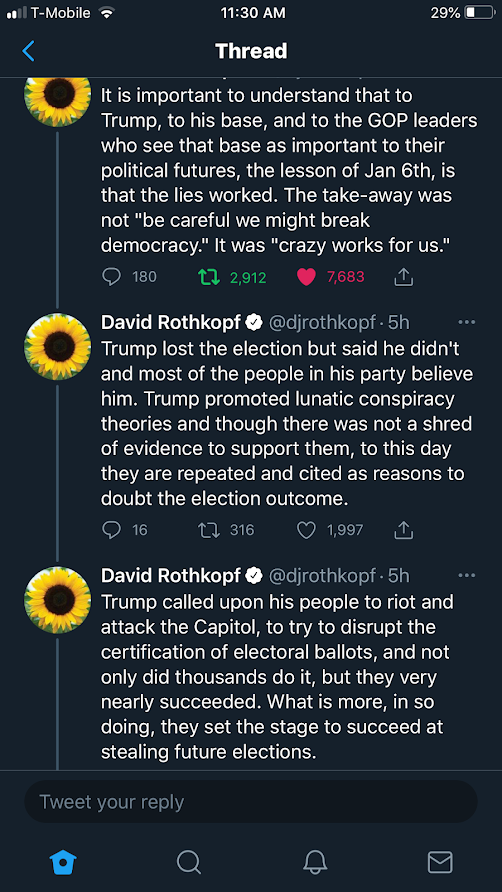 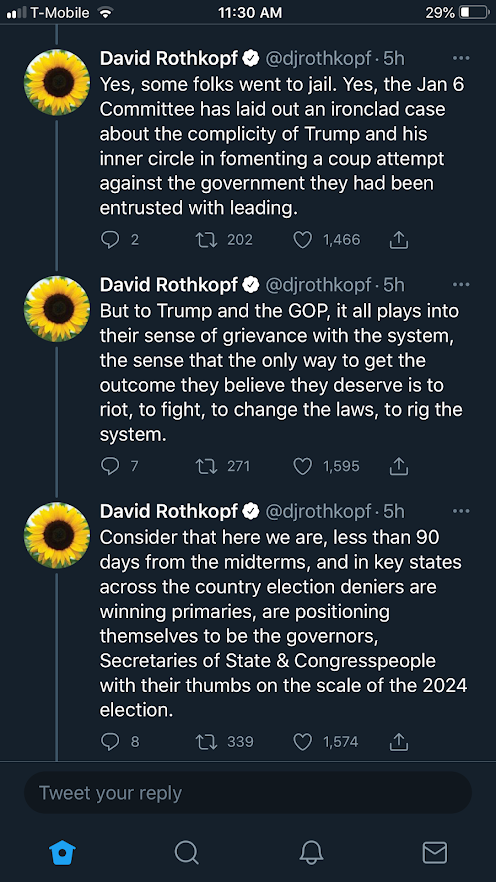 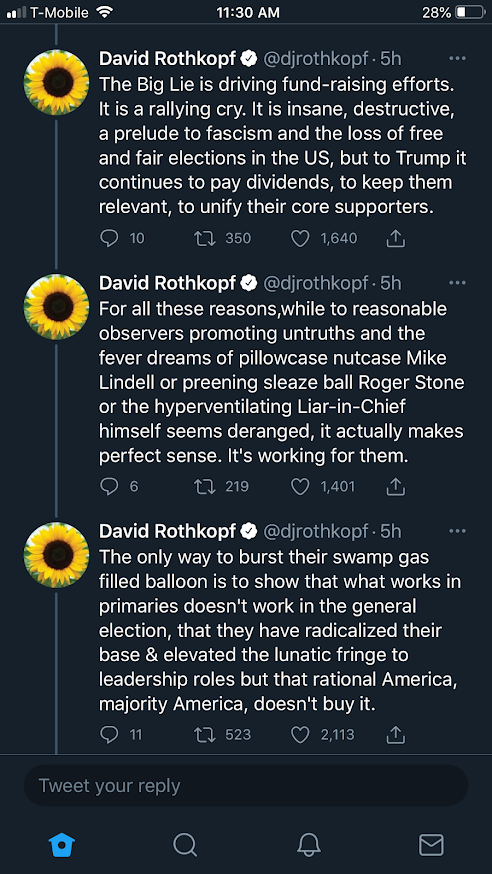 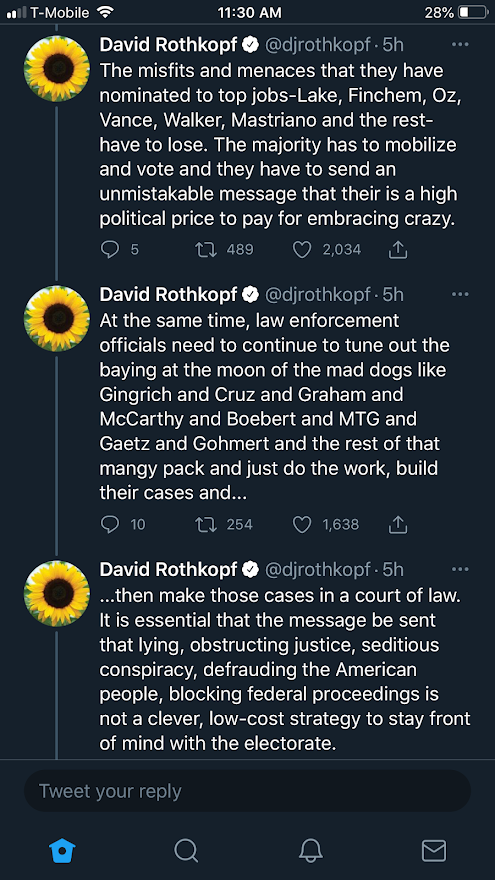 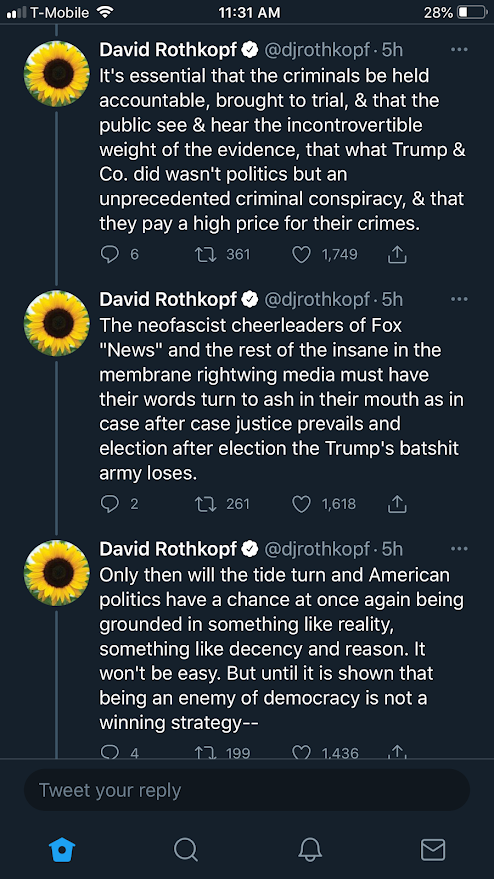 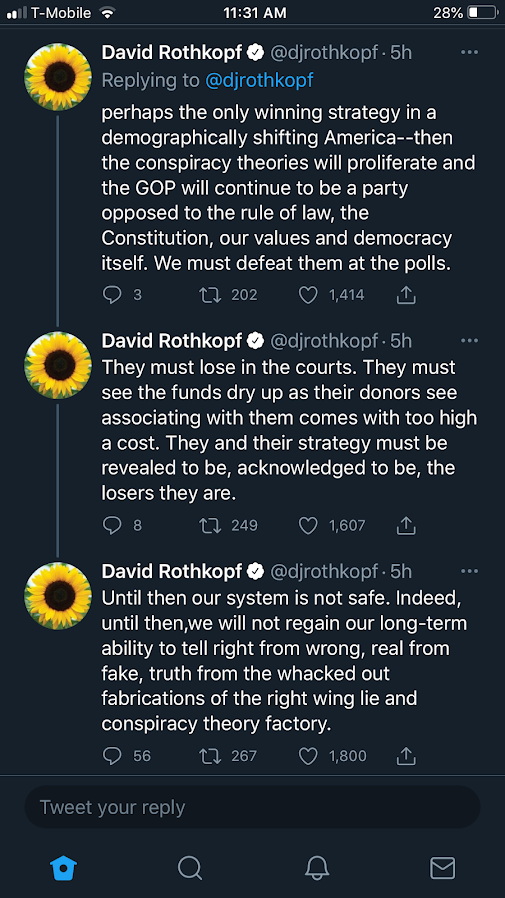 Reportedly, some of the old James Bond films are unspooling again in cinemas in the United Kingdom to celebrate 60 years of 007 on screen.  Twitter has been abuzz for the last couple of weeks with fans of the fictional super spy looking forward to seeing the entry Licence to Kill (1989) return to the big screen after many years.

It was nice to see such fervor for a Bond film where the spy is played by Timothy Dalton, an actor who is not usually thought of as a 007 fan favorite.  His serious, scowling take on the secret agent is often contrasted unfavorably to the more suave, debonair interpretations of the character, which tend to be more popular.  I’m not the biggest Bond enthusiast, but Dalton is my favorite Bond actor, and since he appeared in only two films of the legendary franchise — The Living Daylights (1987) and Licence to Kill — he remains one of the more underrated in the role, so it was good to see some enthusiasm on line for his portrayal.

This got me to thinking of the blogpost I wrote back in 2015 about Dalton being my favorite Bond.  In my article, I wrote about my satisfaction that Dalton was being reappraised as one of the better Bonds after his outings had mostly been scorned upon release by fans of the series.  (And by “the series,” I mean the franchise begun under producer Albert R. Broccoli and originally distributed by United Artists starting in 1962.  A handful of films and TV shows featuring the character of Bond have been produced outside of this series, but they are not thought of as “canonical” by the fans.)  I also repeated the story of why Dalton appeared in only two entries into the franchise: a legal dispute forced the series into an involuntary hiatus until after his contract to play the character had expired.

But turning my mind to the idea of Dalton as Bond also revived an old, half-forgotten memory.  The time was about 1990, or sometime not long after Licence to Kill failed — unjustifiably — to live up to expectations at the box office.  I was watching one of those TV shows of entertainment news, perhaps Entertainment Tonight.  I seem to remember one of the talking heads saying that because of Licence to Kill’s underperformance, the Bond producers wanted Dalton removed from the role and for it to be recast with Pierce Brosnan, who was originally cast in the part but became suddenly unavailable and replaced by Dalton.  However, this would have been before the legal squabble that derailed the Bond films for a few years until Dalton’s contract had lapsed, the reason we were told that he had stepped away from the series.

I started wondering: Was the narrative of Dalton’s tenure as Bond being cut short by the legal dispute merely a cover story for his being forced out of the role by Hollywood higher-ups because of his films’ lackluster ticket sales?

I posted my rumination on Twitter, and sure enough, several minutes later, someone replied to my post with a newspaper clipping from when Licence to Kill was still in release, a clipping saying that the “studio bosses” wanted the dour Dalton out as Bond and replaced by the more convivial Brosnan.  Reading the newspaper clipping, said to have been published in the Irish Independent (perhaps interested in the story because Brosnan is from Ireland), it’s difficult not to suspect that Dalton was forced out of playing Bond by the studio heads, and the coincidental years-long legal dispute served as a face-saving story to explain why he didn't resume the role.

Given that Dalton was reportedly reluctant to take on Bond from the get-go suggests that his vacating the role — voluntarily or otherwise — wasn’t the most serious of blows, and his high regard for the 007 film series in his interviews in the years since his departure suggests that there are no hard feelings on his part.

Still, Dalton remains one of the most intriguing interpreters of James Bond on screen, and as I’ve said before, I’m sorry that he only got to play the role a paltry two times when his fellow Bond actors (except for the critically unchampioned George Lazenby) got to play the secret agent on multiple occasions.

But the enthusiasm abounding on Twitter for Dalton’s performance in Licence to Kill, and for the film itself, implies that the actor and his movies are finally finding their audience after all this time.  I hope so.  I think that Timothy Dalton’s two efforts as James Bond, The Living Daylights and Licence to Kill, will age better than some other films in the series. 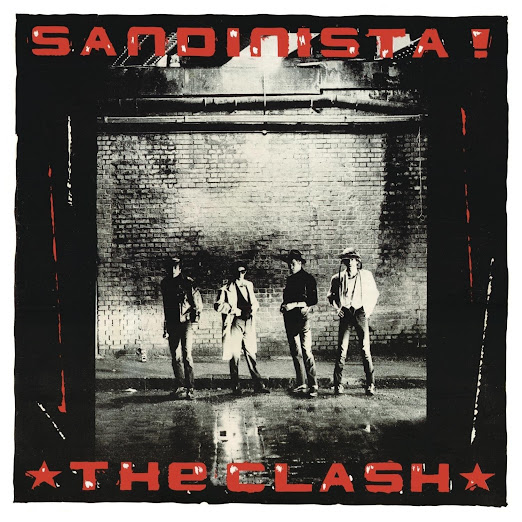 I love the Clash, the U.K. rock band that did the most to push popular music past the tedium of the 1970s disco era and prove that the hard-driving punk/“new wave” sound wasn’t just a Sex Pistols-style novelty act.  After two relatively unheralded albums, The Clash (1977) and Give ’Em Enough Rope (1978), the group broke through to a wider audience and critical acclaim with their third entry: the double-disc London Caling (1979).  But as much as I love the Clash, I never quite connected with their fourth album: the three-platter Sandinista! (1980), which I bought on vinyl when it was first released.

I appreciated the album’s songs, but Sandinista! seemed like such a hodgepodge of styles and influences that I couldn’t quite wrap my head around its two-hour-plus playing time. For a long time, I’ve thought that if the songs appeared in a different sequence, it might give more body and form to the album, making its songs and the ideas behind them more digestible. I’m sure many a music maven will say that Sandinista!’s enormity and amorphousness is part of its genius, but not every Clash fan (such as the one I see in the mirror) is so astute.

So, for my own amusement, I re-ordered not long ago the sequence of Sandinista!’s songs on my iPhone to give, for me at least, a better sense of rise and fall, of perceptual passage, to the album’s unfolding. I decided to leave the record’s opening track, “The Magnificent Seven,” with its booming bass-line, in place. Imagining in terms of the original six-sided LP (with six songs per side, just like the initial vinyl release), I thought that I would place, if I could, the catchiest songs (potential singles) as the third track on each “side,” giving the “narrative arc” of each something to build up to and depart from, but I also wanted memorable, thought-provoking, groove-worthy tracks for each “side’s” beginning and ending.

Also, I hoped for each song to be followed by another that was different in style and drive, something that stood in contrast to what was just heard, making each number more memorable. However, since there were six of them that stood apart from the other songs, I did decide to put all of the dub tracks on one “side,” and I put the two tracks with children singing (“Broadway” and the remake of “Career Opportunities”) next to each other, so that one would lead into the next. Moreover, I made the three tracks introduced by spoken voices (“Lightning Strikes [Not Once but Twice],” “Let’s Go Crazy,” and “Version City”) the opening numbers for three of the “sides,” as a way to introduce each sequence. Finally, I made sure that each “side” fell within a certain time range, so that my theoretical LP wouldn’t have any sides unworkably longer or shorter than the others.

So, here is what I came up with for my reimagining of the Clash’s Sandinista! (I’m sure you’ll agree it’s time well spent): 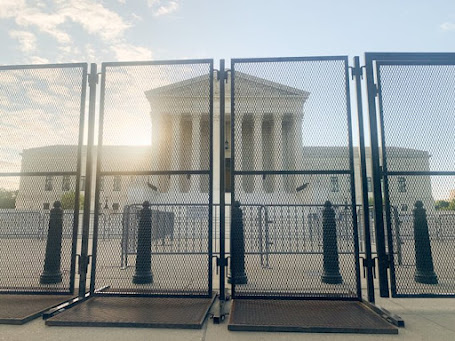 From the New York Times:
Yes, the leak of the draft opinion that would overturn Roe v. Wade was a shock. And it was shocking to read Justice Samuel Alito’s airy dismissal of a decision the Supreme Court has reaffirmed numerous times in the past 49 years as “egregiously wrong from the start.” That was on Page 6 of the draft opinion that Politico published last Monday, and Justice Alito spent the next 61 pages explaining why, in his view and perhaps ultimately in the view of four other justices, the court needs to overturn Roe now.

But the real shock to me was not what those 67 pages contain — mostly warmed-over stock phrases from the anti-abortion playbook that read like a law clerk’s cut-and-paste job — but rather who is missing: women.

Women were largely absent from Roe v. Wade too. While Roe exists in the culture as some kind of feminist screed about the right to abortion, it was anything but that. If people set preconceptions aside and actually read Justice Harry Blackmun’s opinion, they would see that Roe was really a decision about the right of doctors to exercise their judgment about a patient’s best interest without risking prosecution and prison. How else to interpret this summary sentence from near the end of the opinion? “The decision vindicates the right of the physician to administer medical treatment according to his professional judgment up to the points where important state interests provide compelling justifications for intervention.”
...
That was then. Forty-nine years later, we live in a different constitutional universe — or thought we did. Mississippi, defending a ban on virtually all abortions after 15 weeks of pregnancy that is flatly unconstitutional under current Supreme Court precedents, is asking the court to overturn those precedents. Granted that the young Samuel Alito, as a recent Princeton graduate, joined an organization of conservatives who sought to limit the inclusion of women at his alma mater. Granted that he has made clear his desire to overturn Roe since even before his days on the court. It is still astonishing that in 2022 he would use his power to erase the right to abortion without in any way meaningfully acknowledging the impact both on women and on the constitutional understanding of sex equality as it has evolved in the past half-century.
Read the full story.
Posted by Rob in L.A. at 12:50 PM No comments: 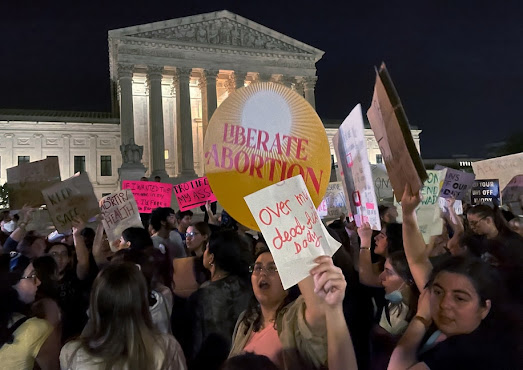 On Monday night [May 2, 2022], Politico reported that a Supreme Court made significantly more conservative by President Donald Trump’s appointments had voted in an initial conference on a Mississippi abortion case to overturn the line of decisions beginning with Roe v. Wade in 1973 that provide the right to have an abortion. The bombshell report also included a draft opinion that it said Justice Samuel Alito had written.

The Founders may not have intended in 1789 to secure for the people of the United States liberty to choose whether to continue a pregnancy. The framers of the original Constitution and the Bill of Rights are not known to have contemplated abortion choice as it relates to the balance between individual and family autonomy on the one hand and state power on the other.

But, the Constitution underwent a radical transformation after the Civil War. A document that had tolerated human bondage and been interpreted to deny Black people the privileges of citizenship was amended to embrace principles of human equality and republican freedom. The 13th Amendment secured the blessings of liberty by ending slavery. The 14th Amendment protected against unwarranted invasions of human liberty.

The lawmakers who implemented those changes did so in direct response to slavery’s heartless separations of families and to enslavers’ brutal practices of human breeding.