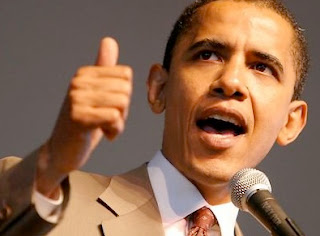 Why wasn’t I ecstatic?

For eight years, I had endured the worst presidency of my lifetime, and maybe all time. And now, finally, came an election which looked like a repudiation of those years. Not only was the new president-elect a Democrat (the most important qualification, to me), but he was also black, had a non-European name, and spoke against the petty partisanship that President George W. Bush seemed all too eager to promote during his time in office. There was also the larger Democratic majority in Congress. And then, there was the eloquent victory speech.

As I sat alone at a table in my local bar, watching the election returns on the big TV screen perched above the terraces of Jack Daniels and Jim Beams, my first feeling was of relief: the results were breaking in favor of Barack Obama. Before I knew it, the screen was broadcasting an image of a battle-worn John McCain making his concession speech. But McCain’s nomination as the Republican standard bearer was itself a kind of repudiation of Bush. McCain had been running away from Bush, the least popular U.S. president in the history of national polling. McCain proudly described himself as a “maverick” in order to distance himself from the Republican in the White House. Apparently, he didn’t distance himself enough.

Not long after, Obama strode across the screen to speak to the waiting crowd below and acknowledge his victory in a hard-won campaign.

Unlike a lot of people I know, I was never really — to use an expression thrown around by the candidate’s fervent male admirers during the race — “gay for Obama.” His lack of experience bothered me a lot. I thought that he’d make a good vice president or that he should have waited a few more years before tossing his hat in the ring. During the early days of the primary, when friends asked me what I thought of Obama, I’d reply, “I don’t disfavor him because he’s too black — I disfavor him because he’s too green.” But when the primary turned into a two-person showdown between Obama and Hillary Clinton, I cast my vote for the junior senator from Illinois because he seemed to me to be the most electable of the two, less of a polarizing figure. When Obama finally won the drawn-out primary, I was relieved.

I knew that Obama was a good speaker. Like a lot of folks, I was wowed by his keynote address at the 2004 Democratic National Convention. But I also knew that there was more to the presidency than being a good speaker. Still, I thought that skill would benefit him on the campaign trail. And I was profoundly moved when I watched Obama’s speech about race when he tried to distance himself from the Rev. Jeremiah Wright without repudiating him (that would come later). Not only were Obama’s words eloquent, but they expressed a depth and complexity of thought worthy of a candidate for the highest office in the land. Also impressive was his choice of Joe Biden for the vice presidency: an old Washington hand who knew the corridors of Congress more intimately was, I thought, precisely the balance that the ticket needed. By the time I cast my ballot for Obama in the general election, I felt better about him — not jazzed, but better.

Now, here was Obama’s face on the TV screen speaking words just as eloquent as his stump speeches and presidential debates had promised. It was also the face of a black man. That’s one more ceiling whose shards need to be swept up. During the campaign, I imagined myself saying to a bigot, “No, that’s not why we call it the White House!” Now, it was a reality, a refutation to all those who thought that the only way for a black person to enter the Oval Office was through the servant’s door. Mine wasn’t the only heart swelling with national pride.

I knew that for a fact. By this time, the bar became a bit more crowded with multicolored faces watching the TV screen. And most of them cheered as Obama addressed the microphone (it was definitely a pro-Obama bar). As the president-elect spoke soaring words about America’s promise and the harrowing adversities that the country has vanquished, many of the bar’s patrons burst into applause, myself included. “We are and always will be the United States of America.” These words were very similar to words I’ve heard politicians use before, but Obama seemed to mean them, his voice ringing with conviction and sincerity.

But my cheers masked an uncheerful feeling. Here was the candidate that I wanted to win, voicing the kind of words that I had hoped to hear, but I was feeling down. How come?

Because I was thinking of how far this country has fallen under the sloppy stewardship of George W. Bush. As Obama spoke eloquently about his optimistic and inclusive vision of America, I thought about how, for too long, a slim majority of this country had been content to abide a national leader who usually spoke in a garbled syntax with a vocabulary not immune to malaproprisms. As Obama voiced apparently sincere words about the country needing to come together, I thought of a presidential candidate eight years ago who ran as “a uniter, not a divider,” and as president set about alienating or politically punishing all those who disagreed with him — and was at first rewarded for it. As Obama’s words moved me, I thought of how Bush’s words too often seemed crafted to hide a partisan agenda, to say something that they didn’t really mean. When Obama said the word “patriotism,” for instance, it didn’t seem to imply, as it frequently did when used by Bush, that anyone who didn’t share his party’s views was unpatriotic. As Obama delivered his address with coolness and introspection, I remembered how Bush was frequently petulant and unthinking in both word and deed. When Obama said to those who didn’t vote for him “I will be your president too,” I thought about how Bush had seemed satisfied to be president of only half of America.

When Obama ended his speech, I felt something that I hadn’t felt for a long time: inspired by a U.S. president. But mixed with my inspiration was sadness. Here was the kind of stirring, articulate, fair-minded spokesman for this country that America ought to have had these last eight years, but didn’t. A slender majority of Americans, until recently, were satisfied with a third-rate chief executive, as long as he read his Bible and seemed like a good guy to have a beer with — so what if he didn’t know how to govern the country or fight a war successfully?

And then, I thought of all the messes that Bush is leaving behind for his successor to clean up: the unsteady economy that primarily advantages the rich, two wars that need to be brought to a satisfactory end, the justice-dodging detention camps in Guantanamo Bay that need to be shut down, the secret surveillance programs that need to be stopped, the official use of torture that needs to be repudiated. I thought of how low this country has sunk in eight years, and it did so under the policies of a president so unlike the commanding, articulate speaker on the TV screen.

Why did this country put up with such a subpar president for so long? Why did we endure a president who, as I thought since his days as a candidate, was so obviously unqualified for the job? Why did we countenance a head of state who abused his power so horrendously? Did the attacks of 9/11 blind us into uncritical acceptance of our leader’s shortcomings? Was this country asleep for all that time, at least until the 2006 midterm elections? If so, it’s a sleep that we all need to shake off, like waking up from a nightmare — a really bad nightmare. And as Obama finished speaking, I was more in touch with the nightmare than with the morning light that his incoming administration promised.

From the crowd milling about on the barroom floor, a young black woman came up to my table. “You must be a McCain supporter,” she said. My sadness must have shown on my face, and she probably picked up on it. I told her I wasn’t. We then made some pro-Obama small talk for a few minutes before she vanished back into the buzzing crowd.
Posted by Rob in L.A. at 2:15 PM

And the shadow is cast across the room... as we plunge into a nightmare of unknowingness.