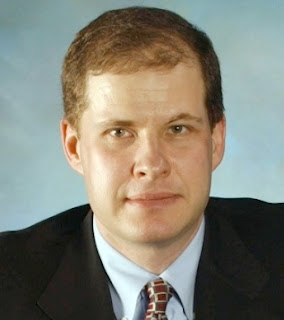 IRAQ’S A LOST CAUSE? ASK THE REAL EXPERTS


WHEN IT COMES to the future of Iraq, there is a deep disconnect between those who have firsthand knowledge of the situation — Iraqis and U.S. soldiers serving in Iraq — and those whose impressions are shaped by doomsday press coverage and the imperatives of domestic politics.

A large majority of the American public is convinced that the liberation of Iraq was a mistake, while a smaller but growing number thinks that we are losing and that we need to pull out soon. Those sentiments are echoed by finger-in-the-wind politicians, including many — such as John Kerry, Harry Reid, John Edwards, John Murtha and Bill Clinton — who supported the invasion. ...

But your article, Max, overlooks an important issue: The war that we are now fighting in Iraq is not the war that the Bush administration sold us. If enthusiasm about how things are going in that country is starting to sag, it’s because the Bush administration all but promised that a military invasion of Iraq would be a quick and bloodless fix for that particular front of “the war on terror.”

As Atlanta Journal-Constitution op-ed writer Jay Bookman says in a recent column, the Bush administration egregiously underestimated how long and how costly a military engagement with Iraq would be. “As proof,” he writes:

•They budgeted a total of $1.7 billion to rebuild Iraq — we now spend more than that in Iraq in about a week.

•They thought they could occupy Iraq with a third of the troops that experienced generals told them they needed; today, our troops are getting maimed and killed with explosives looted from Iraqi weapons sites because we lacked the manpower to guard those sites.

•They expected to have the country on its feet and financing itself from oil in 90 days; 30 months later, we are farther from that dream than ever.

Bush’s now infamous “Mission Accomplished” photo-op aboard the aircraft carrier Abraham Lincoln in 2003 marked what the president surely thought was the end of the war. He was predicting a quick Desert Storm-like victory, all the while ignoring warnings from Gulf War architects like Brent Scrowcroft that a military invasion of Baghdad would be a different kettle of fish entirely.

Now that the administration’s fairy tale of a swift and painless victory has not come true, administration officials and their neocon apologists are chiding us because we should have expected war with Iraq to be, in Rumsfeld’s words, “a long, hard slog.” But in their build-up to war, the Bush administration did not prepare us for a slog of any sort. I wonder if the term “bait and switch” means anything to them.

I’m tired of being lectured by war apologists that, because the Bush administration’s unrealistic and ill-advised fantasies about a quick and easy victory in Iraq have not come true, the American people are at fault for not energetically supporting the administration’s catastrophic blundering. Why don’t you say anything about that in your article, Max?
Posted by Rob in L.A. at 5:29 PM