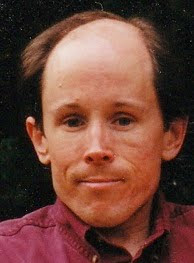 I suppose I should say a bit more about myself before I start blogging in earnest.

As I said, my name is Rob, and I live in L.A. I have a Master’s degree in cinema history from the University of Southern California. I’m currently unemployed at the moment, but I’m not too worried about money — for the time being, at least.

I’m also politically liberal and a registered Democrat. I think that the impeachment of President Bill Clinton was an utter waste of time and said more about the intolerance of some in the Republican Party than it did about the guy in the Oval Office at the time. In 2000, I was appalled that the Republicans would nominate for president someone as insubstantial and word-mangling as George W. Bush. And I was floored by the way that he got into the White House after Al Gore won the popular vote. I guess to the Republicans, it’s not how you play the game but whether you win or lose. I’ve long thought that Bush was the worst president in modern history, even when lots of people around me praised him for his handling of the so-called “war on terror.” Now, I’m glad to see that a supermajority of the citizens in this country agree with me. What took you so long, people?

As far as religion goes, I don’t belong to anything organized. I’m an agnostic but probably about as close to an atheist as you can get while still believing in something called God. At the same time, I’ve been alternately infuriated and dismayed by the stranglehold that religion — especially of the conservative variety — has on U.S. politics. But with the recent popularity of such books as The God Delusion by Richard Dawkins and The End of Faith by Sam Harris, there now seems to be some pushback by atheists, agnostics, and free-thinkers that’s been long overdue.

Oh, well, I hope to say more about entertainment, politics, and religion (especially when the three of them get together) in the future. In the meantime, thanks for reading!
Posted by Rob in L.A. at 4:20 PM

Well, though I consider myself too faint to aggress politically, I admire your politics and the way you enunciate them. If the whole thing didn't depress me so and if I hadn't been afraid for 30 long years of jeopardizing my citizenship standing, I'd probably have some political convictions myself.