My Answers to ‘The Movie Ifs Game’

Not long ago, the website Movie Fan Fare asked its readers to answer a few hypothetical questions.  These questions were inspired by the book If... (Questions for the Game of Life) by Evelyn McFarlane and James Saywell, but the website’s queries concerned themselves exclusively with film.  Here are Movie Fan Fare’s questions and my answers to them:

1. If you were in charge of casting the movie of your life, who would play you?

I actually asked myself this question several years ago, and in all that time, I haven’t come up with an answer. (If someone else were doing the casting, they’d probably go with Peter Dinklage — if he’s not too rugged.) 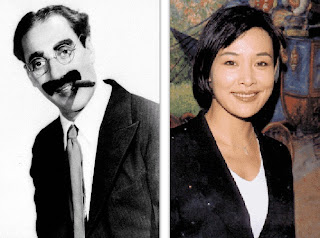 2. If you could dine alone with any person from any period in movie history, who would you choose?

Hands down: Groucho Marx (although I’m not sure I could withstand his barbed wit directed at me). If I were in a more romantic mood? Joan Chen (although there’s the matter of the husband thing). 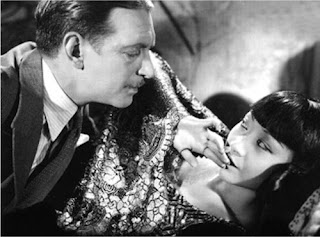 3. If you could change the ending to one movie, what movie would you alter?

Piccadilly (1929): Wilmot and Shosho discover that interracial relationships are not a sin against nature, and so does everyone else around them. The couple get married, and Shosho graduates from dancer to co-owner of the successful nightclub. Happy ending! (I also have an alternate ending to Triumph of the Will, where Hitler announces that he’s going to become a monk, and he returns Germany to democracy. But that one’s a bit less clear to me.) 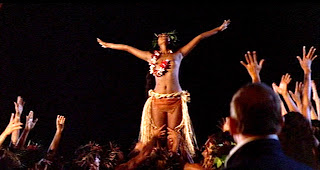 4. If you were to occupy the world of any movie, which movie’s world would you enter?

5. If you could eliminate one movie from the face of the Earth, which movie would it be?

In the real world, I’m on the side of those who say that no movie should be eliminated from history. Free speech and all that. But this is a hypothetical world we’re talking about, and in that world, my answer is Philip Kaufman’s xenophobic, blood-libelous Rising Sun (1993). 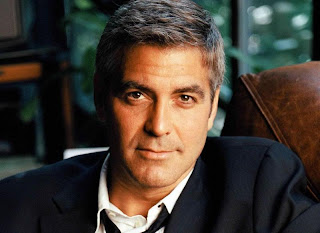 6. If you had to switch places with a movie star and live his or her career, which star would you trade places with?

[The author of the post said that he would choose George Clooney, not only because of the actor’s “impeccable good looks,” but also because of his good selection of projects.  I also picked Clooney for the same reasons.] 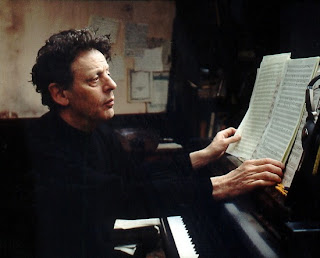 7. If you could have a film composer from any period in movie history write a symphony for you, which composer would you enlist? 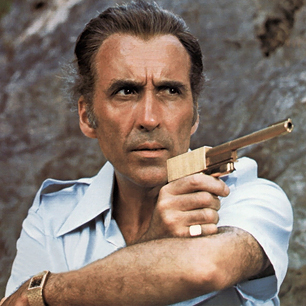 8. If you were the bad guy in a movie, which film villain would you become?

Scaramanga from the James Bond film The Man with the Golden Gun (1974). I don’t want to kill anyone. But the threads, the women, the private island, the Christopher Lee coolness? I’m there! 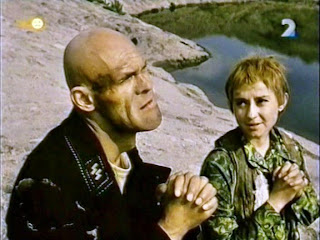 9. If you could do something (outside of making a film) that would make movie history, what single thing would you want to accomplish?

To rescue as many lost, decaying, or destroyed movies as I could — especially Juraj Jakubisko’s destroyed Czechoslovak film The Deserter and the Nomads (Zbehovia a pútnici, 1968). I guess I’d want to make up for question 5.

10. If you could add one question to the Movie IFs Game, what question would you submit?

If you could recast any movie from any time with any actors from any time, what would the movie be and who would the actors be?  [My answer inspired my post on recasting the role of the Fool in La Strada with Roberto Benigni.]
Posted by Rob in L.A. at 12:54 PM

Here is my question that I would add...
If you could select the writer to develop the script for the end of your story, who would you pick?

My dear friend, Randy Pausch (the last Lecture) wrote the ending to his own story, I would want him to write mine as well as he did his own. God Bless him.

My second choice would be the staff of Jon Stewart, I could go out with a sardonic, ironic laugh!

How about you?
Cheers,
Chris