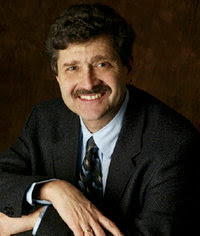 Here’s something else that I posted on LiberalsOnly.com. It involves the conservative media critic Michael Medved:


I don’t usually read USA Today, but a copy happened to be available for me to peruse yesterday. One of the articles in the issue was conservative media critic Michael Medved’s panning of the cable-TV special The Lost Tomb of Jesus. Now, I haven’t seen the special (I don’t have cable TV), and I don’t fault Medved for the particulars of his criticism of the show’s content: he makes good points about the special’s allegedly shoddy use of archeology and history. However, sprinkled into his review are allusions to this tiresome victim mentality that some religious believers adhere to.

The first is that the “entertainment industry” as a whole is hostile towards religion.


“The entertainment industry in particular has developed a curious strategy of attempting to connect with America’s massive, ardent Christian audience with pulpy projects that openly undercut key tenets of Christianity.” —Medved


This is a gross overstatement. American entertainment media have never stopped making projects that are religiously themed. True, they haven’t been quite as high-profile as they use to be when the country was more religiously homogeneous, but from Jesus of Nazareth (1977) on through other Bible-based TV mini-series, Hollywood has never lost sight of the religious audience.

If religious themes largely faded from the movie screens in the 1970s, ’80s, and ’90s, it was because the film industry was too busy courting a youth market, and religious topics weren’t particularly high up on that questioning demographic’s tastes. Now that Mel Gibson has proven the economic viability of religious stories on the big screen, the major studios have rushed to create their own “faith-based” specialty divisions.

However, the most dismaying aspect of Medved’s writing is his insinuation that religious believers deserve the same consideration as racial minorities, effectively equating criticism of religious tenets with racial discrimination.


“...Some offended Christian callers to my radio show expressed the conviction that this project represented one more component in the aggressive secularist counterattack on traditional religious beliefs, along with best-selling books such as The God Delusion and Letter to a Christian Nation, and tireless efforts to remove crosses and Ten Commandments monuments from public places.” —Medved

Should we be respectful of people’s religious beliefs? Of course, to an extent. However, when those same people use their religious beliefs in an irreligious way — for example, in order to deny gay people equal protection under the law — then their religion stops being merely a respectable conviction and starts being something worthy of criticism. But in cases like these, it is not religion per se that is being criticized, but the idea that religious belief should trump the Constitution.

Also, Medved falls back on a very disingenuous argument: religious beliefs, however unreasonable, should be catered to because religious believers make up a majority of this country.


“According to a Newsweek poll for its ‘From Jesus to Christ’ issue of March 2005 ... 78% of Americans say they believe ‘Jesus rose from the dead.’ The Lost Tomb of Jesus largely ignores this prevailing faith....” —Medved


There is something to be said for a majority opinion (for example, Gore winning the popular vote in the 2000 presidential election), but majorities aren’t the whole story. Democracies are also about protecting minority rights. And just because a majority of people believe something, especially something unprovable, that doesn’t necessarily mean that the belief is a good one to have.

Finally, Medved says that popular media are quick to challenge religious beliefs but slow to acknowledge historical findings that support the Bible:


“Dore Gold’s excellent new book, The Fight for Jerusalem: Radical Islam, the West, and the Future of the Holy City, is also full of dramatic proof that blows away prevailing scholarly skepticism about the historicity of King David's reign. But these richly documented discoveries never received the intensive coverage offered to feebly supported speculations that ‘disprove’ the Bible.

“Another fascinating book, The Exodus Case: New Discoveries Confirm the Historical Exodus by Swedish scientist Lennart Moller, provides gripping evidence about deliverance from Egypt and the real location of Mount Sinai. It also has inspired an ambitious feature film now in production. Considering general media instincts to slam rather than support biblical narratives, it will probably struggle to impact pop culture.” —Medved


Medved discusses these titles (among others), titles that support such plausible happenings as the reign of King David and the exodus of the Jews from Egypt, in an article whose over-arching criticism is of the proposed debunking of Jesus’ resurrection, something less plausible. To coin a phrase, this is comparing apples to oranges. I guarantee you that if a peer-reviewed book came out called Historical and Scientific Proof of Christ’s Resurrection, the media would be all over it in an instant.

By the way, when I described the Exodus as “plausible,” I was referring to the plausibility of a massive amount of people going from one place to another. I wasn’t defending the plausibility of the exact narrative of the Exodus in the Bible, such as the Red Sea parting or Moses’ people wandering in the desert for 40 years.
Posted by Rob in L.A. at 6:09 PM