Was my list of “10 Favorite Films” too art-housey for you?  Okay, to make up for it, here is a list of twelve movies whose carefully honed, audience-tested appeal has won a place in the sprocket holes of my heart, oldest to youngest: 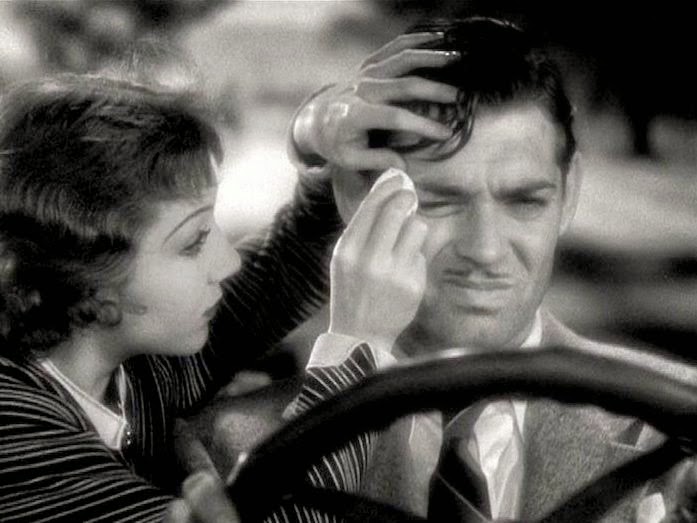 With crackling dialogue and a sure-footed storyline, the film that defined the romantic comedy. 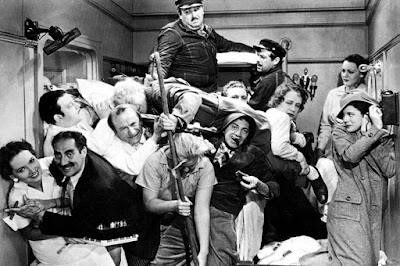 The Marx Brothers rein in their explosive anarchy to appeal to a wider audience, but the results are still sublime. 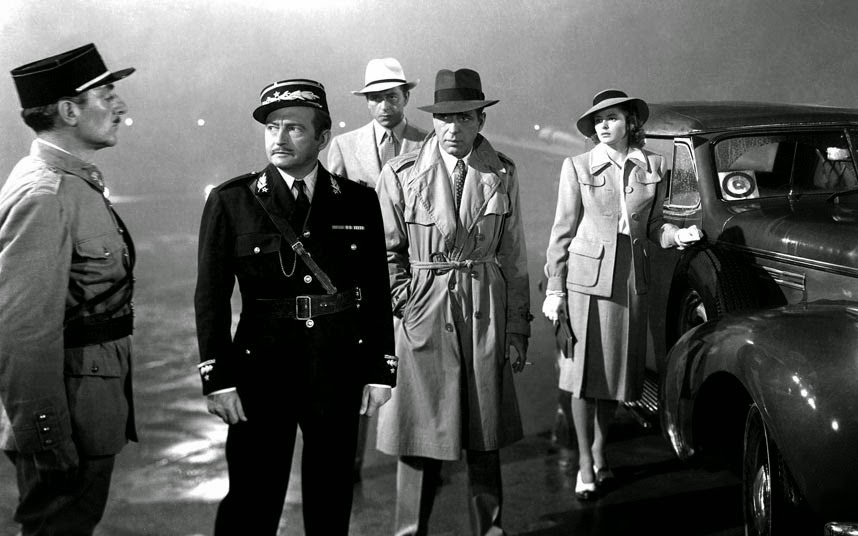 Made in 1942 but officially released in January 1943, it won the latter year’s Oscar for Best Picture.  Hollywood’s studio-era apotheosis. 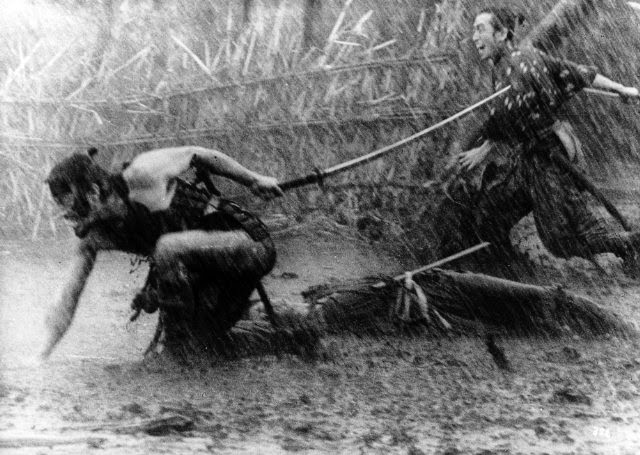 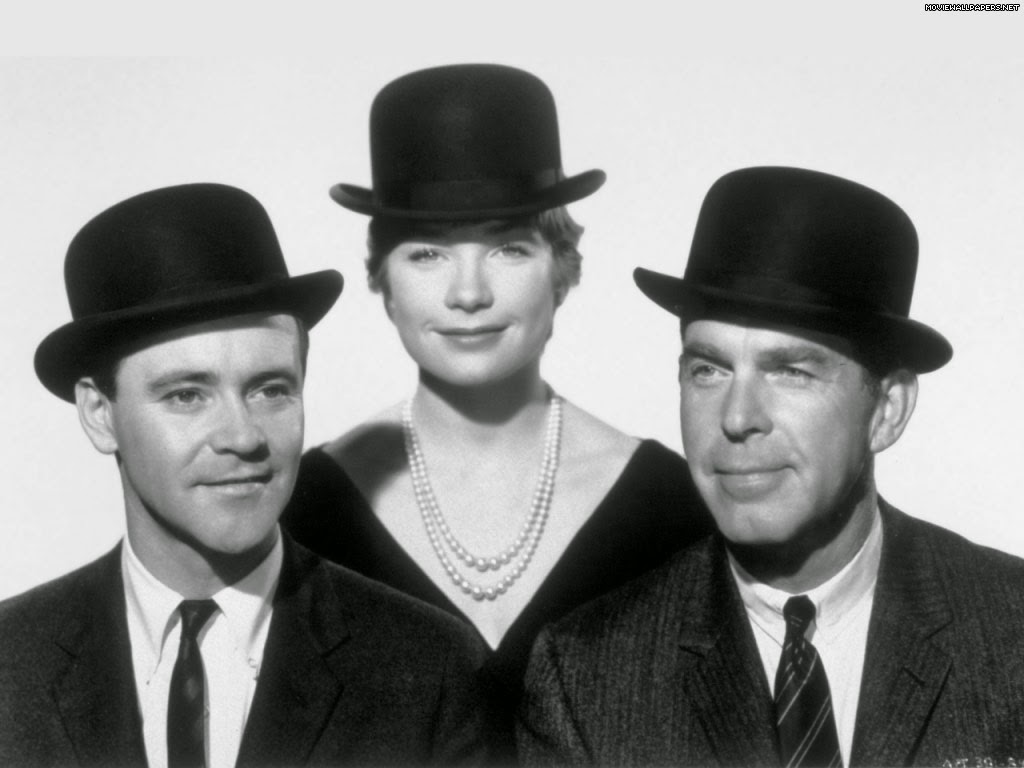 Silver-screen Hollywood craftsmanship at its heartwarming best.  (Listen to the DVD’s commentary by Bruce Block to realize just how much thought and care went into this film.) 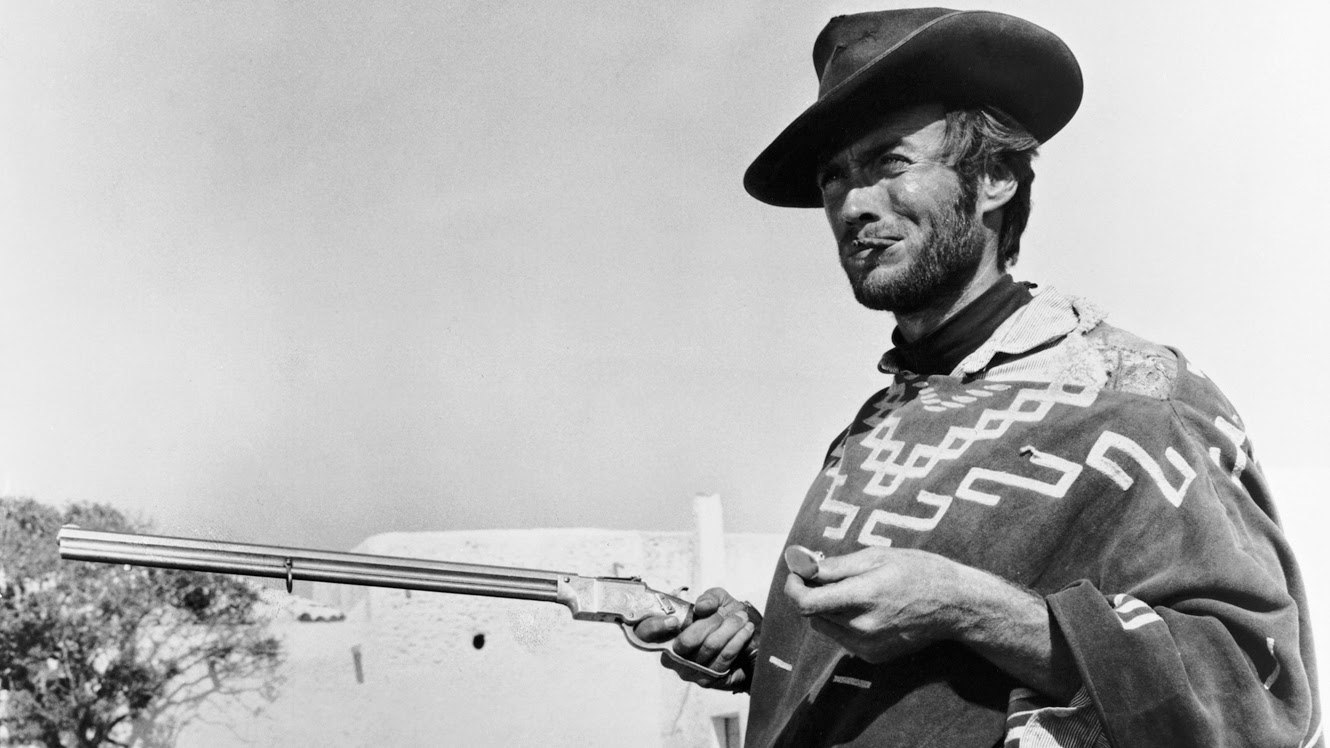 Shoot-’em-up excitement with an art-house edge. 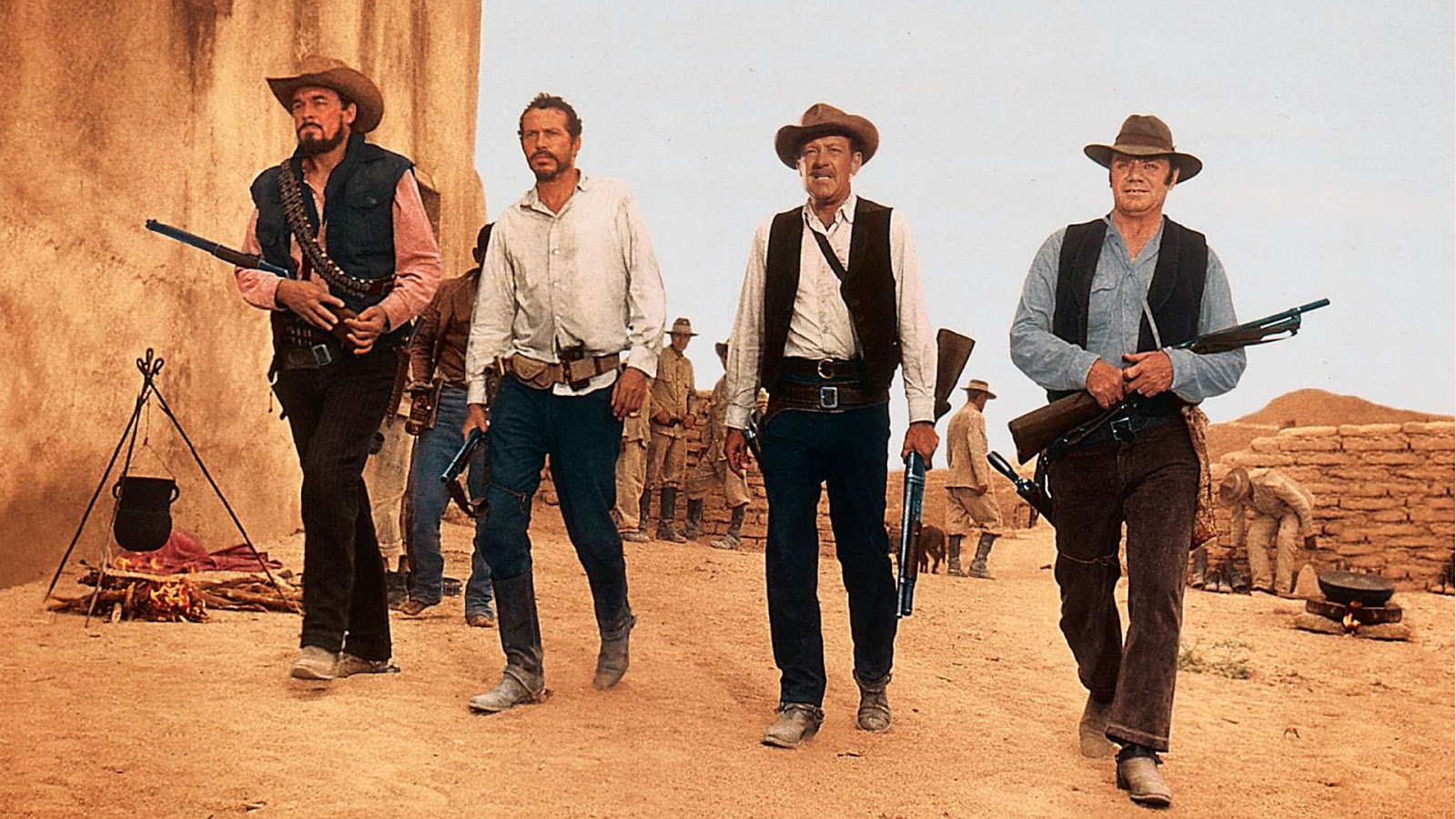 The Seven Samurai (or at least their cowboy counterparts) saunter south of the border. 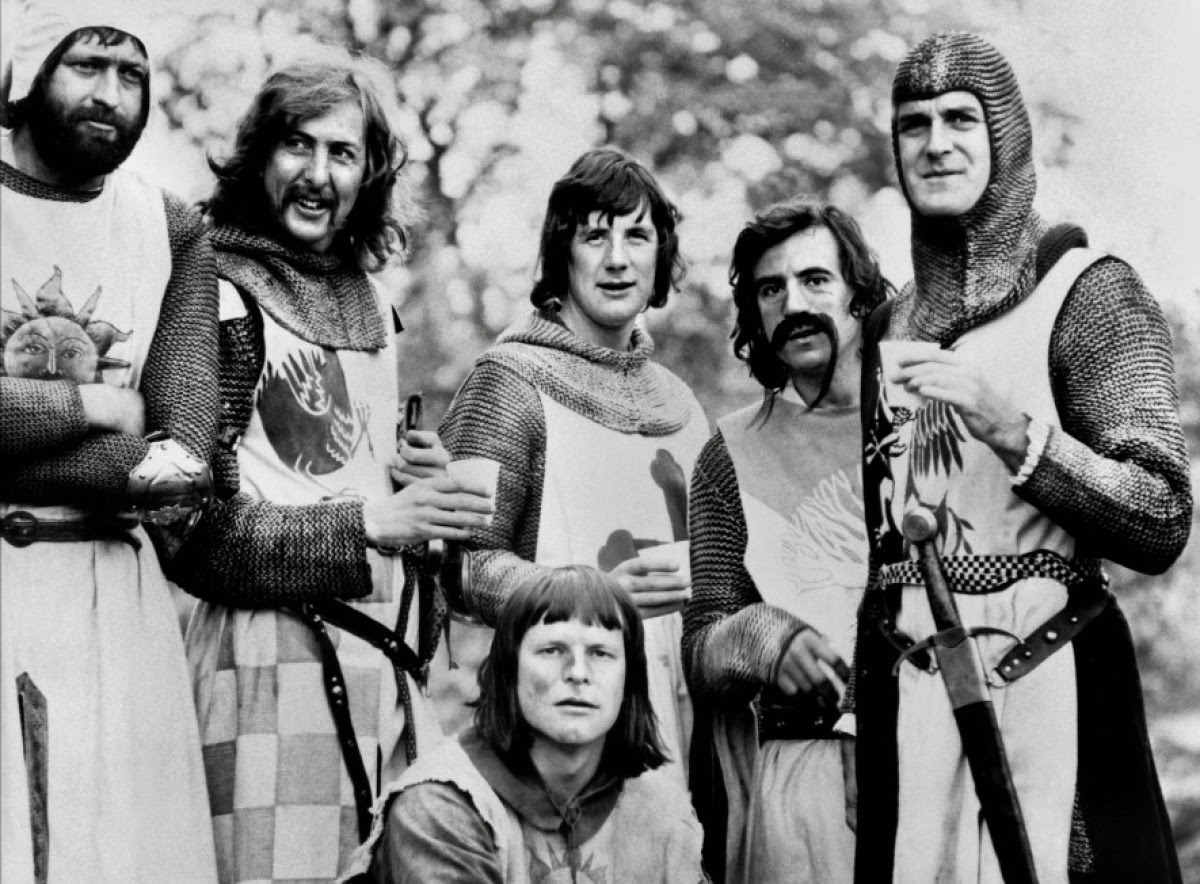 The funniest film I’ve ever seen. No joke. 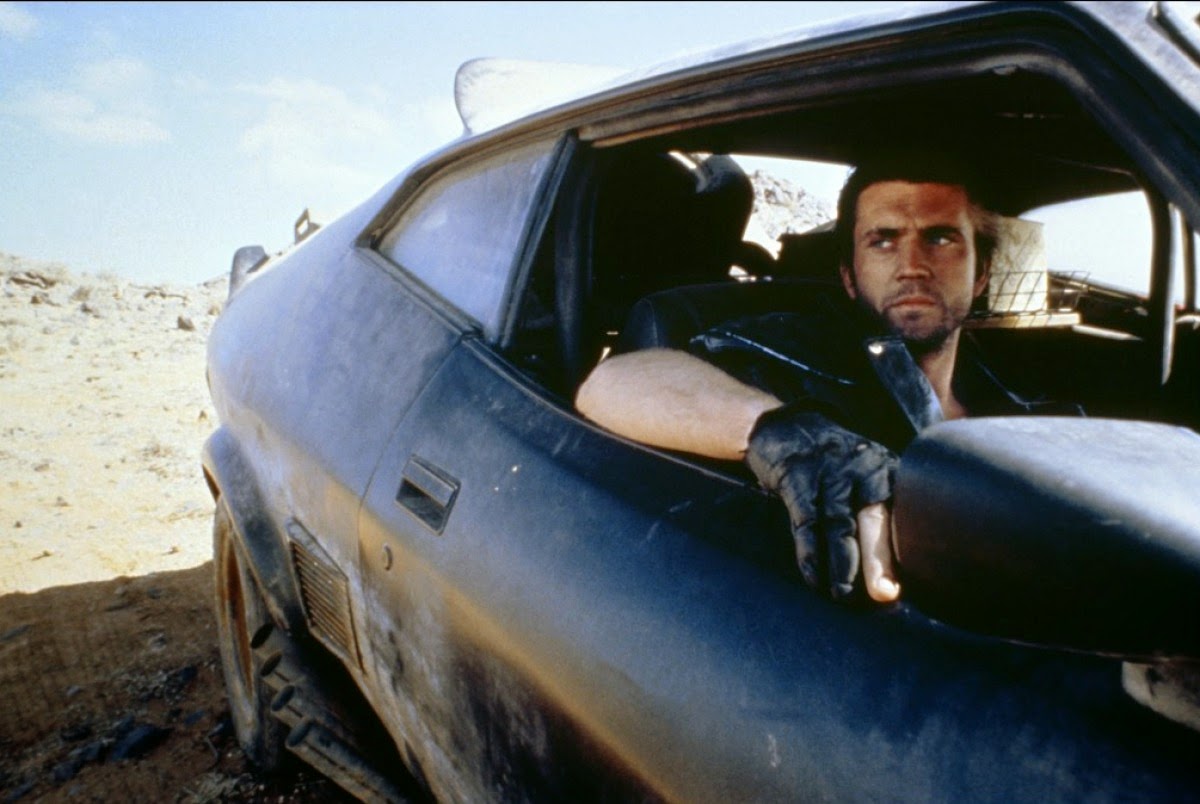 Casablanca with a case of road rage. 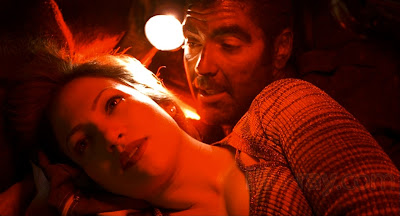 Steven Soderbergh rebounds from his mid-career doldrums to capture Elmore Leonard’s semi-cynical, semi-sentimental romantic roundelay between a U.S. marshal and an escaped con.  Exhilarating and arresting.

Stop saying that Saving Private Ryan was robbed of its Oscar! Shakespeare in Love is a compelling, character-driven masterwork with lots of laughs and an air-tight story. Methinks its critics protest too much. 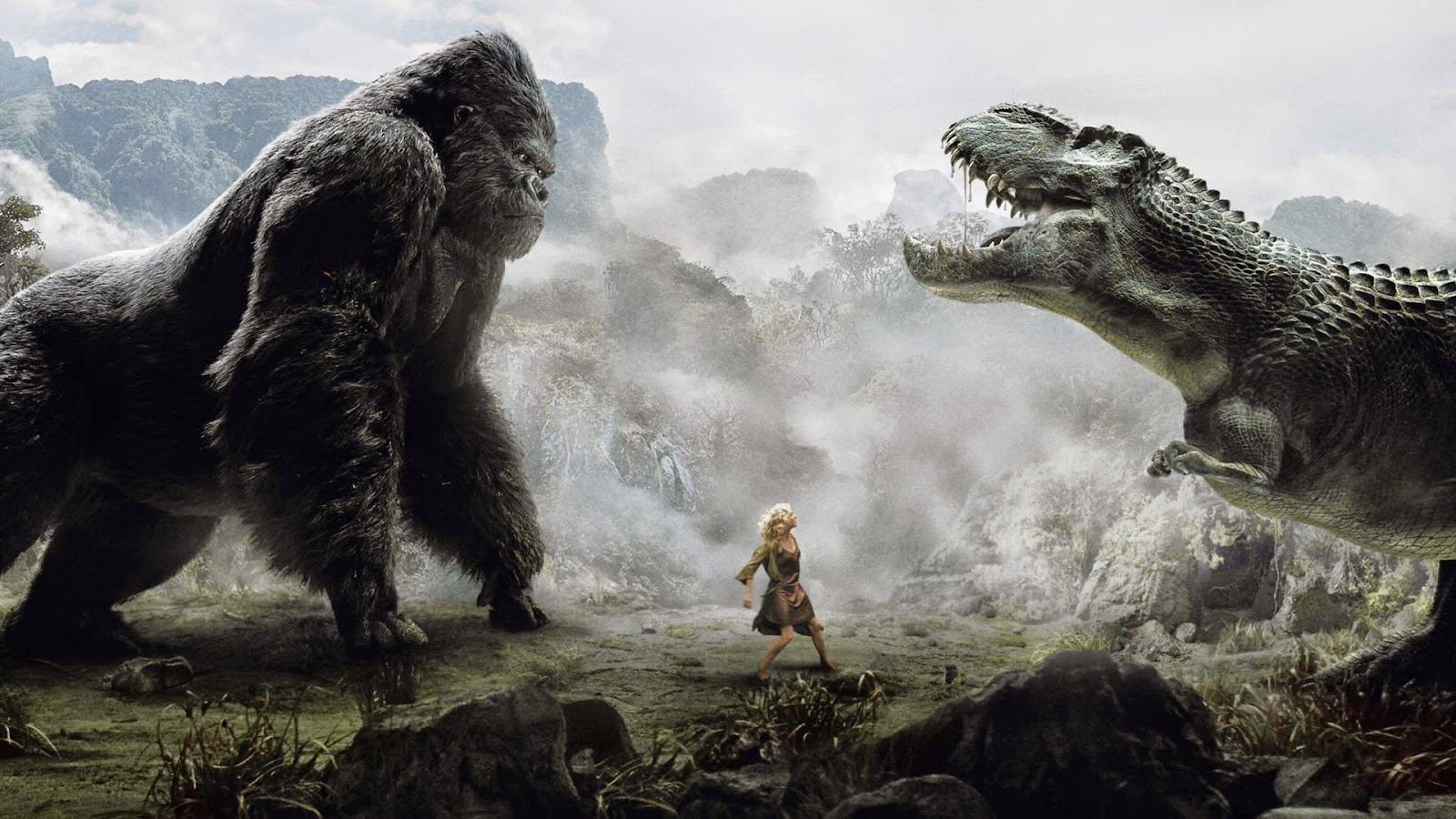 Peter Jackson’s Kong-sized do-over of the 1933 classic is going to give CGI-heavy remakes of pre-sold properties a good name.
(However, the film’s brief portrayal of the Skull Island natives as barbaric savages is a big step backwards.)
Posted by Rob in L.A. at 9:44 AM No comments: 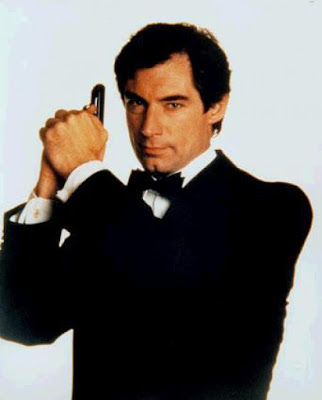 I have a female friend who’s a big Sean Connery fan.  When we first met, she seemed to come up with an excuse to bring up the movie star most associated with playing secret agent James Bond 007 in each of our conversations.  Sean Connery this — Sean Connery that — Sean Connery the other thing.  She talks about him less these days, but shortly after we first met, I’m sure the Scottish movie star’s ears were ringing whenever my friend and I shot the breeze.  One evening, she was hosting a James Bond-themed event at a local restaurant.  I ended up sitting at a table with my friend and some of her companions.  That night, one of my friend’s friends asked me a question that my friend herself had never asked: “Who’s your favorite Bond?”  I replied, “Timothy Dalton.”  My friend did a double take at the table: “Whuh?”  She probably just assumed that Connery was everybody’s favorite 007 and was thrown for a loop when I — her sounding board on all things Connery — proved her assumption to be untrue.

At the time, I was aware that my pro-Dalton opinion was in the distinct minority.  I’m not the world’s biggest Bond fan, but I did see most of the movies and follow the literature about the character from time to time, so I know it wasn’t long after Dalton inherited the role from Roger Moore in 1987’s The Living Daylights that many Bond aficionados started grousing about the Welsh actor’s performance.  Among ardent fans, the vituperation was especially venomous, but it was never really clear to me exactly why these fans were so upset.  I got the idea that these grumblers merely thought that Dalton’s inadequacy in the role was self-evident and no further explanation was needed.  Dalton made only one more film as Bond, Licence [sic] to Kill (1989), but the criticism continued.  As the years went by, this opinion seemed to be set in stone: the fans liked Roger Moore; they liked Pierce Brosnan; they loved Sean Connery, of course.  You could even find a few to put in a good word for the one-off George Lazenby.  But they hated Timothy Dalton.  And I wasn’t given a straight answer as to why.

It’s difficult to find any of the scathing anti-Dalton diatribes of the 1980s on the Web at the moment, but as one Internet poster puts it: “All I’ve ever heard from friends ... is that [The Living Daylights and Licence to Kill] are lesser Bond films and that Dalton sucks.”

With the latest Bond adventure, Spectre, now in theatres, I was contemplating writing a defense of Dalton-as-007 on this blog.  But as I read over some on-line articles in preparation, I learned that my disquisition of Dalton was no longer necessary: Dalton-as-Bond now has quite a few advocates on the Internet.  It appears that several fans have reconsidered Dalton’s two outings as Bond and found more to champion than to criticize.

Looking for an explanation of this reversal of popular opinion, I stumbled upon this theory: Dalton inherited the role from Roger Moore, who played the secret agent as a semi-comical figure.  Moore’s penchant for dryly raising an eyebrow each time he heard a double entendre became a signature of the film series.  The only Moore Bond that I really liked — indeed, my favorite film in the series up to that time — was For Your Eyes Only (1981), which had a more serious plot than usual and a more feral performance by Moore than usual.  But by the time Moore retired from the role after A View to a Kill (1985), the Bond movies were noted more for their camp than their cloak and dagger.

Behind the scenes, it’s well known that Dalton was first offered the role of Bond in On Her Majesty’s Secret Service (1969), but the actor, then in his twenties, felt himself too young for the part and turned it down, whereupon it was later offered to Lazenby.  Also, after Moore’s departure, the creators’ first choice as his replacement was Pierce Brosnan, who by then had made a name for himself in the humorous detective TV series Remington Steele (1982-87), but at the last minute, the show activated an option on Brosnan’s contract, making him unavailable to play Bond.  With Brosnan out of the picture, in both senses of the term, Dalton was persuaded to accept the part he declined 18 years before.

When Dalton took over the role of Bond, he and the films’ creators wanted to return to a more serious interpretation of the character:

[Dalton] made two Bond films, both noteworthy more for his darker, brooding take on the role than for the films themselves. Dalton sought to get away from Moore’s jokey boulevardier and instead played Bond as a man with an edge, an interpretation he felt was closer to how author Ian Fleming had depicted the character in the books. Indeed, Dalton was often spotted on the sets of his 007 films paging through the original Fleming novels as a reference aid.

The audience’s ill-preparedness for this darker view of James Bond, it’s been hypothesized, alienated many Roger Moore-weaned fans from Dalton’s version of the character.  Only more recently, with Daniel Craig’s similar approach to the part, has Dalton’s work been reappraised and accepted by a large number of Bond fans.  And many are now voicing the opinion that I have held for quite some time: it’s unfortunate that Dalton — due to a legal dispute that forced the series into a hiatus until his contract expired — didn’t do more than two films as 007.  As one writer says of the fans’ new acceptance of Dalton as James Bond:

The quiet, self-effacing actor … has always kept his private life away from the tabloids, has always been loyal to the Bond franchise … without surrendering himself to endless retrospective chat shows and conventions. And perhaps as a result, people are finally beginning to appreciate his two Bond films for the stylish, underrated thrillers they have always been.

Dalton and the filmmakers didn’t only want to revise Bond’s character; they also wanted to tweak other aspects of the franchise.  The actor’s second entry, Licence to Kill, is a good case in point.  Where most of James Bond’s previous villains had been cartoonish characters with an eye toward world domination, Licence to Kill put 007 up against a topical nemesis: a drug lord, Franz Sanchez (Robert Davi), who already controls his own corner of the world and is bent on keeping it.  This was a wise choice since the Cold War was winding down in 1989, so Bond’s antagonists sympathetic to the Soviet Union wouldn’t be as threatening as in years past.  And in moving the milieu from a conflict losing its menace to one ripped from the headlines, Licence to Kill made the story’s environment more realistic and hardened the characters.
The film diverged from the formula in other ways as well.  Where Bond movies had previously tended to be set in at least two different countries on two different continents, all of Licence to Kill is set in the same area: south Florida and northern Latin America.  (In the movie’s biggest false note, it gives its fictional Latin American banana republic the English name of “Isthmus.”)  Instead of Licence to Kill having Bond given his assignment by M, 007 goes rogue to avenge a friend, supplying the agent with a more rebellious bite.  And instead of the villain’s palatial lair exploding in a massive fireball at the story’s climax, what detonates is a gas tanker after a high-speed chase.

But Licence to Kill subverts still more.  As the most casual observer of the film canon knows, an obligatory moment of each movie is when 007 announces himself to someone as “Bond — James Bond.” In the previous Bond films, the scene consistently comes across as a moment of confident coolness, an eagerly awaited announcement that our unflappable, invincible hero has arrived. The moment in the series isn’t so much the character introducing himself as it is a moment of dauntless self-declaration. (Do I really need to say anything about how entrenched these three words of film dialogue have become in our popular culture?)  But when Dalton says this ultra-important line in License to Kill, it’s during an anomalous moment: when he extends his hand in introduction to Sanchez.  In Licence to Kill, Bond isn't so much announcing the arrival of the hero to the audience as he is merely making the bad guy’s acquaintance. And then, Sanchez blows off Bond by refusing to shake his hand.

In the other movies, “Bond — James Bond” are strong words of self-assertion. In Licence to Kill, they’re convivial words preceding a snub. I think that the Bond fans in 1989 were looking forward to this line in the film, but they didn’t get the moment that they had expected.  These sorts of small deviations from the previous Bond films may have put off the contemporaneous fans even more from Dalton’s interpretation of the secret agent.

But I’m glad to hear that many Bond fans are now revising their harsh opinions of Dalton’s work in the film series, so any further inarticulate advocacy from me is unnecessary.  Although Dalton only appeared in two movies as James Bond, those offerings, The Living Daylights and Licence to Kill, remain among the best in the series, despite the latter’s underperformance at the box office.  However, Daniel Craig’s newer rendition of Bond has taken the venerated cinema cycle to a whole new level.  Craig’s films as Bond — Casino Royale (2006), Quantum of Solace (2008), Skyfall (2012), and now Spectre (2015) — have dazzlingly ratcheted up the action, the spectacle, the humanity, and the overall impact of what is on the screen.  Craig’s 007 efforts will be the new measure for future films in the franchise.  Still, we should spare a thought for the Bond actor who tried to do what Daniel Craig is now doing, but who was at first pilloried by the fans for it: Timothy Dalton.